Most Affordable Cities in UK for International Students 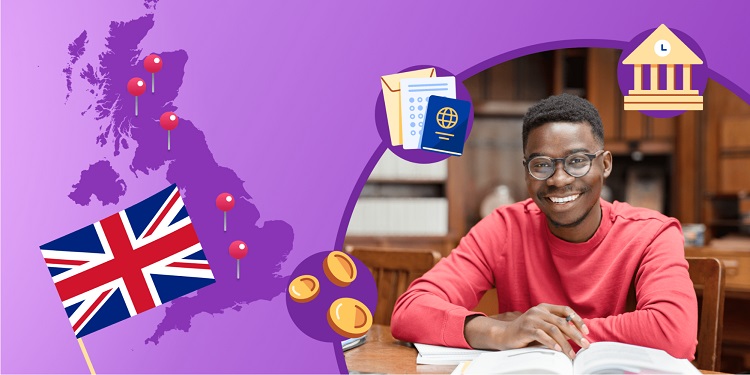 The UK offers high-quality education with multiple universities ranking under 100, making it a hub for students wanting to pursue their study dream. But quality education is not the only criterion for choosing a university, affordability is also a major factor. A lot of students abstain from studying in the UK because of the high cost of living. But only a few of us know that there are affordable cities in the UK for international students which you must check out!

London is the number one student city in the world this year, and unsurprisingly so, given the wide range of top universities based in the UK capital.

However, it’s no secret that, along with its captivating appeal for residents and tourists alike, the famed capital is also one of the most expensive places to live in the world.

Fortunately, there are plenty of relatively cheaper student cities in the UK that equally boast a high quality of education and lifestyle, as well as plenty to see and do.

Aberdeen is ranked 55th in this year’s Best Student Cities ranking, but is the only UK city in the top 50 for affordability, ranking 47th.

Home to the fifth oldest university in the UK, the University of Aberdeen (joint 172nd in the world), the city is also one of the most affordable for students

Manchester is the UK’s second biggest city and is also ranked as the second most affordable UK city for students. Globally, it’s ranked 51st for affordability, and 24th overall. Students who wish to study at any one of Manchester’s internationally ranked institutions, including its highest-ranked university the University of Manchester – which is ranked 29th in the world – can expect to pay around just US$16,100 per year on tuition fees

Student life in Newcastle is frequently praised due to the city’s well-known friendly atmosphere and relatively cheap living costs. Although tuition fees here aren’t inexpensive, averaging US$22,100 per year(masters in UK is only one year), the cost of living is 39 percent cheaper than in London, with the cheapest available rent 65 percent lower than in the capital, according to Expatistan.

According to this year’s ranking, Nottingham is the 57th best city for affordability and is ranked 47th overall.

Nottingham is home to two internationally ranked institutions; the University of Nottingham is the most noteworthy, ranked joint 82nd in the world. Tuition fees for undergraduate students average just US$18,900 per year(masters in UK is only one year) across both ranked universities, which is cheaper than all the universities listed so far. Additionally, the Telegraph recently named the University of Nottingham as the second-cheapest institution for studying in the UK,

Ranked 59th for affordability and 43rd overall, Glasgow is also home to two universities which are ranked within the world’s top 300, of which the highest-ranked is the University of Glasgow (joint 69th).

Having been ranked as the 51st best student city in the world, it’s also the 64th most affordable. Birmingham is home to one of the world’s most highly-regarded institutions, the University of Birmingham (ranked  joint 79th), as well as Aston University, and average international fees are around US$21,400 per year across both universities.

Home to one of the world’s most prestigious universities – the University of Edinburgh, which currently ranks 18th in the world – Scotland’s capital has three internationally ranked institutions in total. Rent in Edinburgh is over 51 percent cheaper than in London (as estimated by Numbeo), and according to the University of Edinburgh’s official website, international applicants of 2018-19 are estimated to pay a minimum living cost

Coventry also ranks 71st for affordability in the best student cities index, and 44th overall. It’s home to two internationally ranked institutions, including the University of Warwick, which ranks 54th in the world.As is the case with most student accommodations, rent at Warwick University includes heating, gas and electricity, water, a high-speed internet connection, basic cleaning, and basic contents insurance.

According to Numbeo, rent prices in the beachy town are over 62 percent lower than in London. Brighton has two internationally ranked universities, of which its highest-ranked – the University of Sussex – is currently 227th in the world.